China Internet Network Information Center (CNNIC) released the 45th "Statistical Report on Internet Development in China" (hereinafter referred to as the "Report"), which shows that as of March 2020, the scale of Internet users in China was 904 million, and the Internet penetration rate reached 64.5%, an increase of 4.9 percentage points from the end of 2018.

Chinese citizens are immersed in massive amounts of information and entertainment, some people rely on the Internet to meet social needs, especially during the coronavirus as the Chinese government do not encourage government doesn't encourage people do massive mass travel outdoor.

While others like to use the Internet to seek self confirmation and seek people's advices such as career choice, career development and make life decision since the coronavirus causes a lot of fear, confusion, and depression to people. 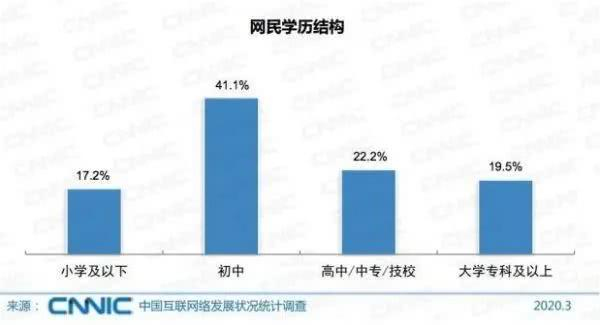 In terms of occupations, the largest group of Internet netizens in China are students, accounting for 26.9%; followed by self-employed / freelancers, accounting for 22.4%; corporate / company management and general personnel accounted for 10.9%. 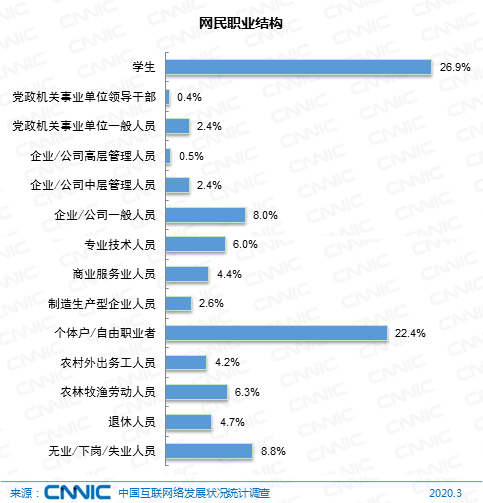 From the above data, low age, low education, and middle income are the main characteristics of the Chinese netizens. The phenomenon of low education and low income is also related to the majority of young people on the Internet. The "after zero" known as the "generation of netizens" is still in the schooling stage, as the data suggests.

This data also suggests that there is a lot of illusion in the Chinese Internet which people had been showing off they are traveling around the world, just left the Maldives and flew to Paris, or having an extravagant afternoon or show they had succeeded in getting the limited edition of a certain brand label.

Want to learn more about and dive deep inside this report with Red Digital China? Schedule a chat with us HERE and we are very happy to give you Free 20 minutes consultation. 💡