Metaverse trend Asia & China market in 2022 and how marketers can take advantage with it?

Since Facebook changed its name to Meta, the term "metaverse" has become the most popular buzzword and this article explores the marketing…

Since Facebook changed its name to Meta, the term "metaverse" has become the most popular buzzword recently. Mark Zuckerkberg claimed that they are creating a virtual space where people can interact as if in the physical world, by working, playing, and building communities, but in fact, the concept of a virtual universe had existed long before. 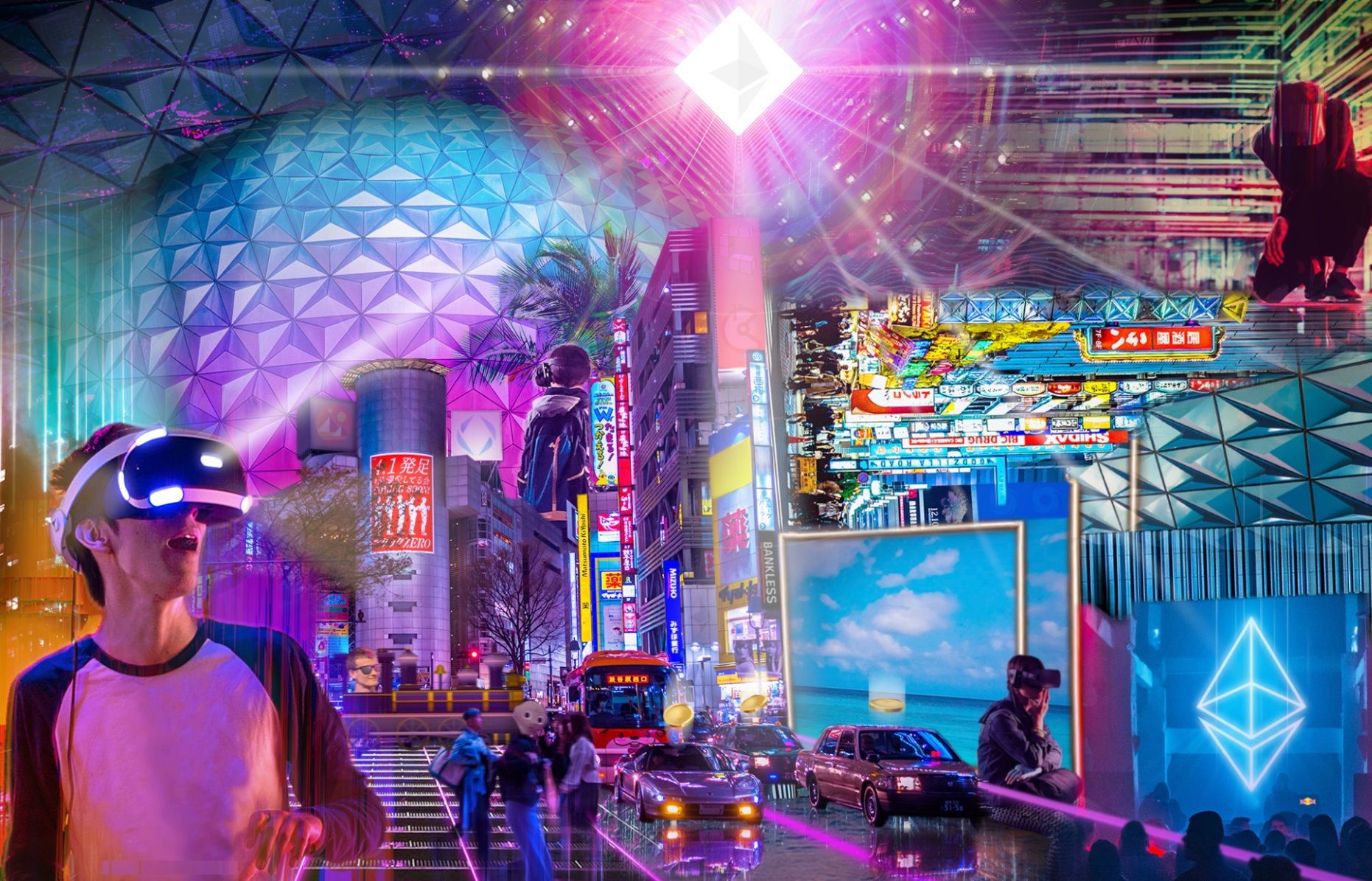 There are interactive communities of art museums and places to customize avatars, home or host parties. To be more specific, most of them are already present in the form of online games. For example, Fortnite by Epic Games and The Sandbox. While the former enables players to design their own avatars, choosing any skins of their choice, attending in-game Ariana Grande concert, the later is a community-driven gaming platform that allows users to build, own and monetize voxel ASSETS on the blockchain. It is only with the Facebook’s announcement that the concept of metaverse are brought into the spotlight. Businesses (not limited to gaming industries anymore, but also from fashion, real estates, FMCG and cultural industries etc) around the world quickly jump into the bandwagon to search and explore opportunities aligned with the metaverse model. 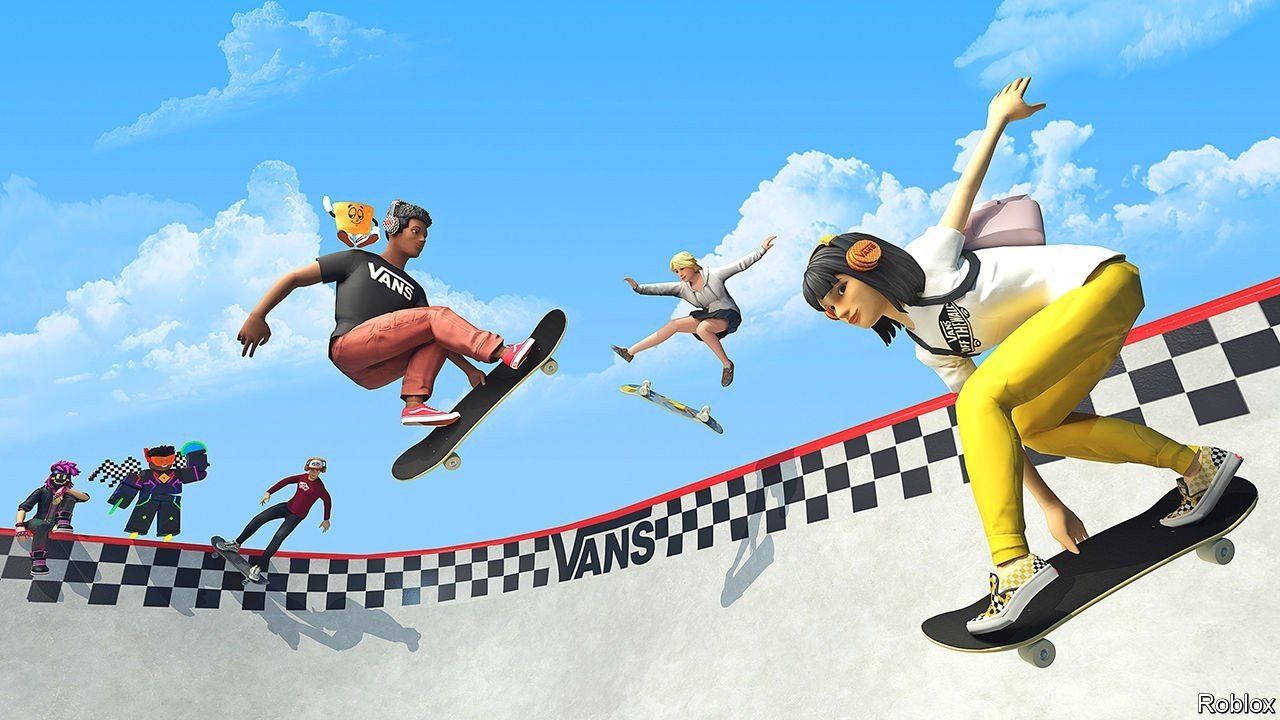 As a digital marketer, one has to be constantly evolve and adapt to the future trend. In this article we will bring you some of the most relevant marketing cases that have embraced metaverse trend in the Asia & Chinese market, and how marketers can take advantage with it.

1️. Opportunity for AR, Meta Horizon Workrooms, to the gaming ecosystem 2️. Online business could turn it into a virtual space that features brands and products drawn from the physical world 3️. Businesses with a large following may introduce some limited digital merchandise for loyal customers. 4️. For service businesses, home consultations may be conducted in the metaverse. 5️. Brands can partner with an influencer and conduct a live event in the metaverse to deepen engagement between fans and brands 6️. Digital video viewers are forecast to exceed 2 billion next year in Asia-Pacific, based on a study by eMarketer.

According to Wilson Chow from PwC, “The future metaverse world will increasingly be adopted in the post-Covid normal of doing business globally and virtually.

"So, why the metaverse could be the next biggest opportunity for businesses in Asia and China? That is not surprising since Asia has always been ahead of the curve when it comes to digital adoption. According to research conducted by Meta, the digital landscape in Southeast Asia with Bain & Co, 70 million people—equivalent to the entire population of the UK—have become digital consumers since the pandemic hit.

SoftBank Group Corp. is investing $150 million in a South Korean metaverse platform that has amassed a large following of young female users by selling high-fashion items for 3-D avatars, according to the companies involved in the deal.

What are the Metaverse trends in China?

In China, Chinese firms hype Metaverse ambitions, despite concerns from officials. Dozens of Chinese companies have declared that they will be building the digital realm of the future. Some Chinese tech KOL said that they are also investing in metaverse start-up and ready to have something launched by 2022.

As a result, “万物皆可园宇宙” (every business can tap into the metaverse technology) becomes a popular expression on the Chinese social media. Listed below are three most recent marketing cases involving virtual influencer and NFT marketing from three of China’s domestic mature brands, e-commerce platforms and institutions.

Generation Z is the largest group of internet users in Asia and China, who are eager to find ways to express their individuality. For them, a virtual world is a place to go to shape their identity and seek the recognition that the real world is not able to do so, since there is out of restriction from family and social norms. With the popularity of the concept of the metaverse, the virtual influencer had opened up a 3D dimensional world to Gen Z to imagine, explore and shape human identity through different lenses of the metaverse.

Besides enticing Gen Zers’ interests in the ACG content, many brands and marketers in China are in urgent need of creating virtual KOLs. In recent months, Chinese government has tightened controls over celebrity fan culture as some of the most prominent Chinese stars, who were the spokesmen/ ambassador for both domestic and international brands. were involved in a number of notorious scandals. Therefore, digital marketing campaigns in China have already started developing and adopting virtual KOLs who are more cost-effective and seem like a safer bet than the controversial celebrities.

This year, during Double 11, the world’s largest online shopping festival, Alibaba launched a “Metaverse Art Exhibition” on its Tmall/Taobao mobile app for its presale ceremony. The campaign showed eight limited collections in the form of nonfungible tokens (NFTs) from different brands such as Burberry, Procter & Gamble and Kiehl’s.

When consumers purchased the Double 11 limited edition of a physical product such as Kiehl’s facial cream, they could get a complimentary “digital collection,” or NFT. Targeting Chinese Gen Z, Alibaba appointed virtual KOL AYAYI as the producer and the host for the exhibition to speak in young people’s language and capture young consumers’ attention. 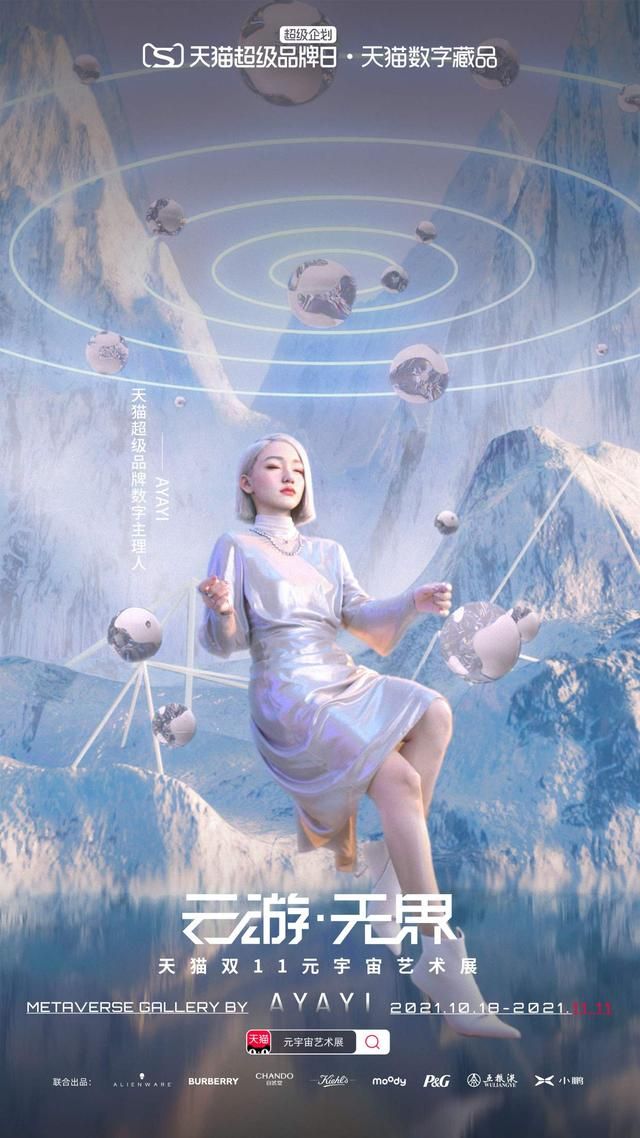 Another highlight of the presale campaign was “the Double 11 metaverse symphony”. Ten major brands were present in the form of virtual instruments (in the form of NFTs) and staged a grand digital symphony concert on the Bund, Shanghai. For example, Guerlain was transformed into a transparent bassoon filled with golden content. A animated bee whirled around the instrument, conveying Guerlain Skincare’s brand message of healing along with the melodious rhythm; Helena turned into an oboe wrapped with a black bandage thread which symbolized one of the most popular range of skincare products of Helena. In addition, some of these musical instruments were also sold to consumers as digital collections, further strengthened the brand's footprint in the minds of consumers.

The Double 1️1️ Art Exhibition and Metaverse Symphony can be seen as Alibaba’s early experiments of tapping into the metaverse and NFTs in B2C marketing. Though far from mature or sophisticated, the involvement of both China’s domestic brands and international brands show a positive prospect in China’s e-commerce platform’s capability to integrate metaverse technology into its retail and marketing strategies.

Nayuki’s Tea: Smashed a record with nearly RMB 200 millions of sales in 72 hours

Launched in November 2015 and headquartered in Shenzhen, Nayuki is China’s premium bubble tea chain brand with 700 stores across 80 cities in China.

During its sixth anniversary shopping event in the beginning of December this year, Nayuki has launched a series of marketing and publicity strategies that unprecedentedly generated RMB200 million (US$ 31k) in GMV (Gross Merchandise Value) in 72 hours. Besides promoting the limited edition of Nayuki gift cards through WeChat mini programs and Tik Tok (aka Douyin) livestreaming, it also rode on the media buzz of metaverse and NFT to introduce its virtual brand ambassador and released its first ever collection of NFT art toys.

On December 7, Nayuki officially announced its virtual brand ambassador "Nayuki" through a promotional video in which a personification of the brand-Nayuki girl was born in the virtual interstellar world and extended her invitation to the audience to explore the space. Dressed in Nayuki logo green and wore a hair accessory similar to Nayuki bubble tea cup’s iconic love plug, this virtual character was adored by Chinese netizens as “sweet and cool”. 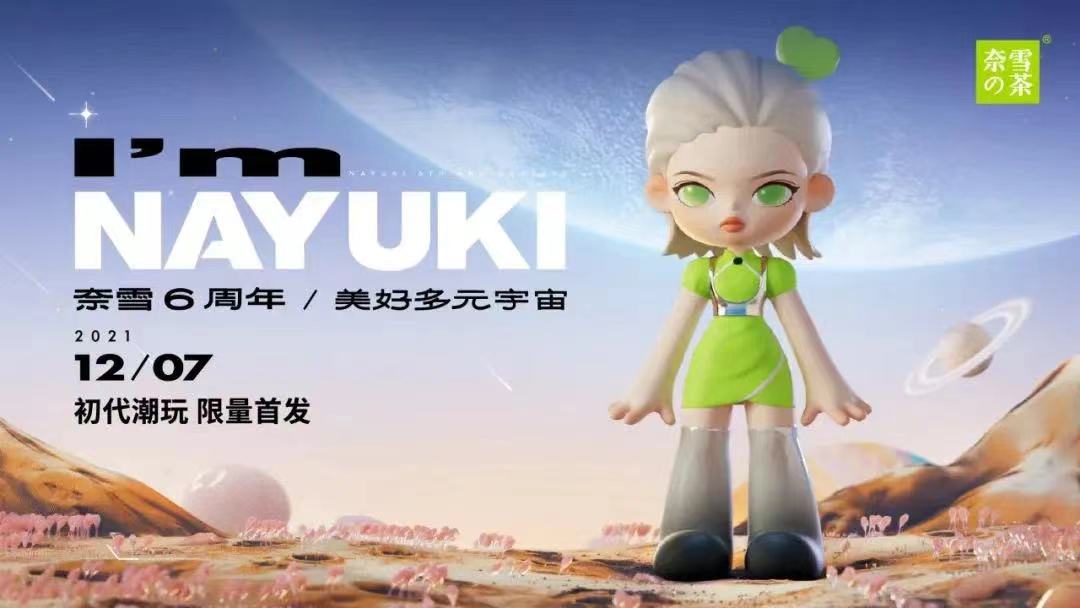 Nayuki girl is not merely a character that speaks Nayuki’s brand message, it is also created as an NFT collection in the form of virtual blind box and is sold only online in limited edition of 300 copies in seven variations. The release of NFT digital art toys by Nayuki is regarded as the first attempt to march into the metaverse in the new tea industry. 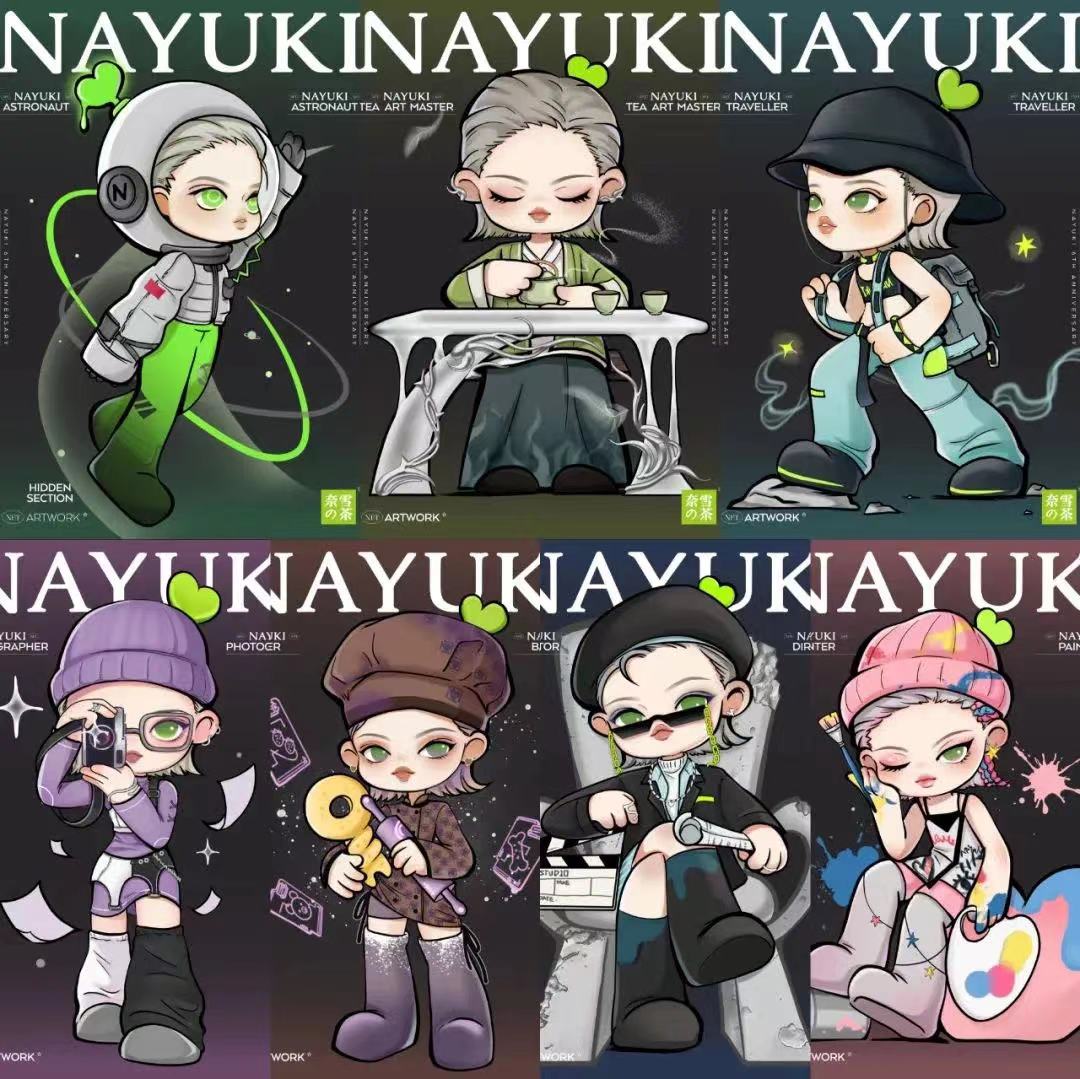 While many are celebrating Nayuki’s initiative in reaching the target audience to the maximum by the new promotional stunt, there are also different voices. In an interview with Min News on 9 December, iiMedia Consulting CEO and chief analyst Zhang Yi commented that "Nayuki entered Metaverse mainly because the brand wanted to gain approval from the capital market through Metaverse." Nayuki's main consumer group is young people who have a relatively shallow understanding of the metaverse. To a certain extent, Nayuki's entry into the metaverse is not for the To C market.

From the above two cases, it is worth noting that NFT marketing makes up an important part of the brands’ promotional strategies. Its popularity stems from its super currency attribute— the cryptographic token which represents a unique digital asset. Therefore, what consumers are pursuing is a sense of scarcity and social superiority. Generation Z are the group of consumers who are more willing to collect favourite NFT works, this will grow into a more common trend in the near future. Brand marketers have to be aware of how to couple this technological trend with good brand stories to create value for the digital collectables so that they are worthy of investment.

As mentioned previously, virtual idols have already been seen in the Chinese social media even before “metaverse” become the popular search word. Take a look at Red, we can easily see AI idols such as 阿喜Angie, 翎_Ling, AYAYI, Ji Yuanmei (集原美), etc. They update their presence by posting their life vlogs for example daily make up, traveling, hobbies, going for exhibitions. With most of them having a follower number of around 10k to 100k, they collaborate with various brands and post their product and service reviews in their blogs or plogs to create brand awareness and attract potential buyers.

On 31st October, an account with the ID name "Liu Yexi" who claims to be a beauty expert and a monster hunter posted the first video on Douyin. At the beginning of the video, Liu Yexi turned her back to the camera, sitting in front of the dressing table as she was doing makeup at night, attracting many people to watch. Everyone is holding the phone and videoing her. Suddenly, Liu Yexi turned around, and the surrounding crowd was taken aback at how beautiful but surreal she appeared . Only a boy stepped forward boldly and started a chat with her. The second video which was released a few days later revealed an incomplete short story of her chasing after someone who appeared to be a monster hidden in the human body.

These videos are also marked with hashtags of #Virtual idol, #元宇宙, #美妆 to attract more attentions and generate buzz around the topic of “metaverse”.

What is the difference of Liu Yexi and other victual idols? First, Liu Yexi appeared in a suspenseful plot, or movie like scenario rather than identifying herself as a vlogger. What is really special in the short videos are, she, as a victual AI character interacts perfectly well with the real world setting, seamlessly connecting the virtual world and our normal life scenario together. According to Shenzhen Chuangyi Technology and Culture Co., Ltd (创壹科技), the operator behind Liu Yexi, their primary purpose is not grooming Liu Yexi into a virtual influencer and attracting brand collaboration, instead the company is aiming towards creating a metaverse version of the Chinese Marvel world. Therefore, Liu Yexi is only one of the virtual characters, there will be more to come as the short video series continues in future.

However the future is, at the current stage, what we can see is that, the idea of an AI girl appearing in movie setting has impressed the social media audiences much more than a mere Vtuber (virtual idols who post vlogs on social media).